@2019 - All Right Reserved. Designed and Developed by PenciDesign
Authors 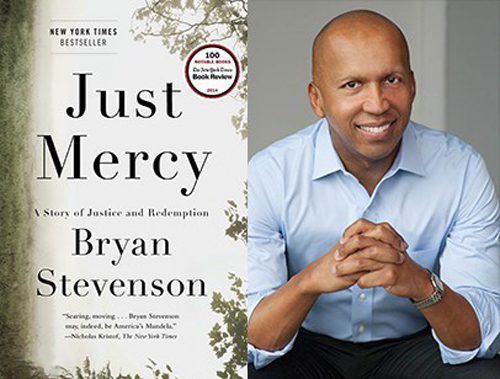 Wow what can I say? Just Mercy rocks! I have been gushing about this book for three years now. I read it back in the beginning of the summer of 2016 and have not stopped thinking about it. It’s the book I recommend the most. All of the statistics particularly in the beginning of the book, really affected me. I saw Mr. Stevenson on Oprah’s Super Soul Sunday and listening to him speak was mesmerizing. I knew I had go read his book. I listened to the audiobook edition in which he narrated. I couldn’t stop talking about it. I knew I had to buy a physical copy so that same year I bought it as a Christmas present for myself.

Bryan Stevenson is the executive director of the Equal Justice Initiative in Montgomery, Alabama, and a professor of law at New York University Law School. He has won relief for dozens of condemned prisoners, argued five times before the Supreme Court, and won national acclaim for his work challenging bias against the poor and people of color. He has received numerous awards, including the MacArthur Foundation “Genius” Grant.

As many of you may have heard. This book has been made into a movie. I am actually going to see it tonight. I am going in recognizing the book is always better but hopeful that the movie educates and inspires positive action.

Check out the movie trailer if you haven’t seen it.