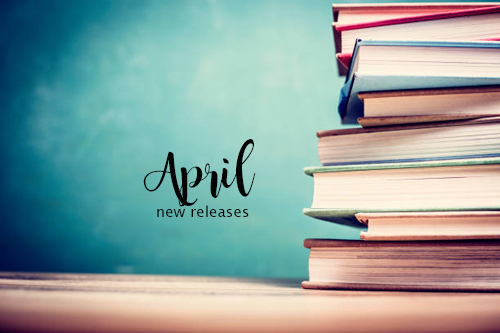 Conjure Women is a sweeping story that brings the world of the South before and after the Civil War vividly to life. Spanning eras and generations, it tells of the lives of three unforgettable women: Miss May Belle, a wise healing woman; her precocious and observant daughter Rue, who is reluctant to follow in her mother’s footsteps as a midwife; and their master’s daughter Varina. The secrets and bonds among these women and their community come to a head at the beginning of a war and at the birth of an accursed child, who sets the townspeople alight with fear and a spreading superstition that threatens their newly won, tenuous freedom.

Let’s just pause and look at the cover. It’s beautiful! When I heard about this book I knew I wanted to get it. I have been collecting history and fiction books on the Civil War. I read an interview with the author that really piqued my interest. This book started out as her MFA thesis and she really wanted to show the fact that we are inundated with the same tropes over and over in the ‘slave’ genre and that there are so many different stories to tell in diverse ways. She also picked the time-period of reconstruction which is not the typical time of most books in the ‘slave’ genre. I have a feeling this book is going to be great so this was put on my pre-order list.

Antonia Vega, the immigrant writer at the center of Afterlife, has had the rug pulled out from under her. She has just retired from the college where she taught English when her beloved husband, Sam, suddenly dies. And then more jolts: her bighearted but unstable sister disappears, and Antonia returns home one evening to find a pregnant, undocumented teenager on her doorstep. Antonia has always sought direction in the literature she loves—lines from her favorite authors play in her head like a soundtrack—but now she finds that the world demands more of her than words.

There is something about multi-layered stories that catch my attention. This one sounds like it has a lot going on. I am also curious when authors take long breaks from writing and then return with something years later. Fifteen years to be exact for Julia Alvarez. I own both of her other books and haven’t read them. So a backlist session might be in order before I dive into this one. Did you see the woman on the cover? When I first looked at it, I only saw the tree. Love that!

It’s Not All Downhill From Here by Terry McMillan

After a sudden change of plans, a remarkable woman and her loyal group of friends try to figure out what she’s going to do with the rest of her life—from the #1 New York Times bestselling author of How Stella Got Her Groove Back and Waiting to Exhale

Loretha Curry’s life is full. A little crowded sometimes, but full indeed. On the eve of her sixty-eighth birthday, she has a booming beauty supply empire, a gaggle of lifelong friends, and a husband who’s still got moves that surprise. True, she’s carrying a few more pounds than she should be, but she’s not one of those women who thinks her best days are behind her, and she’s determined to prove her mother, her twin sister, and everyone else with that outdated view of aging wrong—it’s not all downhill from here.

But when an unexpected loss turns her world upside down, Loretha will have to summon all her strength, resourcefulness, and determination to keep on thriving, pursue joy, heal old wounds, and chart new paths. With a little help from her friends, of course.

The Subtweet by Vivek Shraya

Everyone talks about falling in love, but falling in friendship can be just as captivating. When Neela Devaki’s song is covered by internet-famous artist Rukmini, the two musicians meet and a transformative friendship begins. But as Rukmini’s star rises and Neela’s stagnates, jealousy and self-doubt creep in. With a single tweet, their friendship implodes, one career is destroyed, and the two women find themselves at the center of an internet firestorm.

Celebrated multidisciplinary artist Vivek Shraya’s second novel is a stirring examination of making art in the modern era, a love letter to brown women, an authentic glimpse into the music industry, and a nuanced exploration of the promise and peril of being seen.

I think this will be an interesting book that explores friendship and how much impact our use of social media has on relationships. Of course, I would be remiss not to mention my love for the artsy style of the cover.

The Beauty of Your Face by Sahar Mustafah

A Palestinian American woman wrestles with faith, loss, and identity before coming face-to-face with a school shooter in this searing debut.

A uniquely American story told in powerful, evocative prose, The Beauty of Your Face navigates a country growing ever more divided. Afaf Rahman, the daughter of Palestinian immigrants, is the principal of Nurrideen School for Girls, a Muslim school in the Chicago suburbs. One morning, a shooter—radicalized by the online alt-right—attacks the school.

As Afaf listens to his terrifying progress, we are swept back through her memories: the bigotry she faced as a child, her mother’s dreams of returning to Palestine, and the devastating disappearance of her older sister that tore her family apart. Still, there is the sweetness of the music from her father’s oud, and the hope and community Afaf finally finds in Islam.

What’s Left of Me is Yours by Stephanie Scott

In Japan, a covert industry has grown up around the “wakaresaseya” (literally “breaker-upper”), a person hired by one spouse to seduce the other in order to gain the advantage in divorce proceedings. When Satō hires Kaitarō, a wakaresaseya agent, to have an affair with his wife, Rina, he assumes it will be an easy case. But Satō has never truly understood Rina or her desires and Kaitarō’s job is to do exactly that–until he does it too well. While Rina remains ignorant of the circumstances that brought them together, she and Kaitarō fall in a desperate, singular love, setting in motion a series of violent acts that will forever haunt her daughter’s life.

Told from alternating points of view and across the breathtaking landscapes of Japan, Stephanie Scott exquisitely renders the affair and its intricate repercussions. As Rina’s daughter, Sumiko, fills in the gaps of her mother’s story and her own memory, Scott probes the thorny psychological and moral grounds of the actions we take in the name of love, asking where we draw the line between passion and possession.

This book comes out in June and going on my TBR. I usually like to read books where the author is native to the country of the content that they are writing about. What I am saying is that it would be good if the author was Japanese. But I am still curious how this author will deliver this story.

If I Had Your Face by Frances Cha

“Even as a girl, I knew the only chance I had was to change my face… even before a fortune-teller told me so.”

Kyuri is a heartbreakingly beautiful woman with a hard-won job at a “room salon,” an exclusive bar where she entertains businessmen while they drink. Though she prides herself on her cold, clear-eyed approach to life, an impulsive mistake with a client may come to threaten her livelihood.

Her roomate, Miho, is a talented artist who grew up in an orphanage but won a scholarship to study art in New York. Returning to Korea after college, she finds herself in a precarious relationship with the super-wealthy heir to one of Korea’s biggest companies.

Down the hall in their apartment building lives Ara, a hair stylist for whom two preoccupations sustain her: obsession with a boy-band pop star, and a best friend who is saving up for the extreme plastic surgery that is commonplace.

And Wonna, one floor below, is a newlywed trying to get pregnant with a child that she and her husband have no idea how they can afford to raise and educate in the cutthroat economy.

Together, their stories tell a gripping tale that’s seemingly unfamiliar, yet unmistakably universal in the way that their tentative friendships may have to be their saving grace.

Lifting as We Climb: Black Women’s Battle for the Ballet Box by Evette Dionne

n eye-opening book that tells the important, overlooked story of black women as a force in the suffrage movement–when fellow suffragists did not accept them as equal partners in the struggle.

Susan B. Anthony. Elizabeth Cady Stanton. Alice Paul. The Women’s Rights Convention at Seneca Falls. The 1913 Women’s March in D.C. When the epic story of the suffrage movement in the United States is told, the most familiar leaders, speakers at meetings, and participants in marches written about or pictured are generally white.

Women of color, especially African American women, were fighting for their right to vote and to be treated as full, equal citizens of the United States. Their battlefront wasn’t just about gender. African American women had to deal with white abolitionist-suffragists who drew the line at sharing power with their black sisters. They had to overcome deep, exclusionary racial prejudices that were rife in the American suffrage movement. And they had to maintain their dignity–and safety–in a society that tried to keep them in its bottom ranks.

This has to go into my TBR list. I am reading, “Hood Feminism” and this book sounds like a great companion.

Hidden away from a harsh outside world, five young people have improvised a home in an abandoned airplane, a relic of their country’s chaos. Elimane, the bookworm, is as street-smart as he is wise. Clever Khoudiemata maneuvers to keep the younger kids—athletic, pragmatic Ndevui; thoughtful Kpindi; and especially their newest member, Namsa—safe and fed. When Elimane makes himself of service to the shadowy William Handkerchief, it seems as if the little family may be able to keep the world at bay and their household intact. But when Khoudi comes under the spell of the “beautiful people”—the fortunate sons and daughters of the powerful—the desire to resume an interrupted coming of age and follow her own destiny proves impossible to resist.

A profound and tender portrayal of the connections we forge to survive the fate we’re dealt, Little Family marks the further blossoming of a unique global voice.

Eventhough this sounds like a heart-breaker, I am drawn to the cast of characters. Definitely going to check this out.