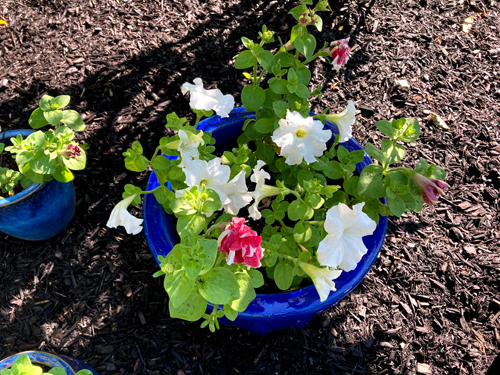 I thought it would be a great opportunity to share my thoughts as we conclude this years’ celebrations of Independence Day in the United States. As a small child, I remember celebrating the day with pride and looked forward to all of the pretty fireworks. I remember standing for the pledge of allegiance each day at the beginning of our school day with one hand over my chest.

As an adult, the fourth of July and many other holidays like Columbus day have become more problematic for me to accept and celebrate with the same zeal as I did as a child, after learning more of the history behind these dates and individuals, and how incomplete or just downright misleading the history we learned in school was. With how the information is presented in the school curriculum, I am not surprised that most people celebrate without blinking an eye, as the grandeur for what is presented would certainly demand this acknowledgment, but as I stated earlier these stories are very one-sided.

It’s easy to go with the flow without critically looking at our country’s past and present for that matter. When one takes the time to really look at this country’s history, and how it was built on the backs of slaves and indigenous peoples. As well as, all of the cruel inhumane acts that have occurred under the banner of “freedom”, the injustices that continue with our current systemic racism, and all of the atrocities that have been committed under the same flag, it is quite challenging to celebrate with the same vigor, pride, and innocence that I once did.

It is like this country has amnesia when it comes to teaching and acknowledging all of its history in totality. We don’t get to pick and choose. We have to look at it all…

When the words “founding fathers” are mentioned to me, I cringe, knowing that some of these men that professed freedom and equality for “all” were themselves slave owners or direct profiteers from this enterprise. So they were not my founding fathers. People talk about the ideals this country was founded on with pride, without acknowledging this fundamental gap. When these “founding fathers” put forth their rhetoric using words like “humanity” and “mankind”, they were not considering people like me in that group.

“Under the terms of our country’s founding document, slaves were defined as three-fifths of a man, not a real, whole human being.” This doctrine allowed this country to treat black people as less than and as property. Which laid the foundation for all the systemic racism that exists today.

There is so much to unpack about this country’s history but as an African American, I won’t blindly celebrate on holidays that did not include my ancestors as equals. It is kind of foolish. But perhaps as Juneteenth is a more appropriate date to celebrate, I think July 5, 1852, should also be considered. It’s the day that Frederick Douglass gave a speech entitled, “What to the slave is 4th of July”.

Because I am a genealogy lover I have included a video from NPR of Frederick Douglass’ descendants reading his famous speech.

I also included another one performed by the Great James Earl Jones.

I share my thoughts and these videos to illustrate the complicated history of this country and as we continue to work through our racial inequalities and prejudices in this country, we should also be mindful of our annual celebrations (their history, their intent) and how they are perceived and received by fellow Americans such as myself.

I have a date or should I say book date with Frederick Douglass in August. I will be reading one of his books and look forward to learning more about this extraordinary man.