The Map of Salt and Stars by Jennifer Zeynab Joukkador 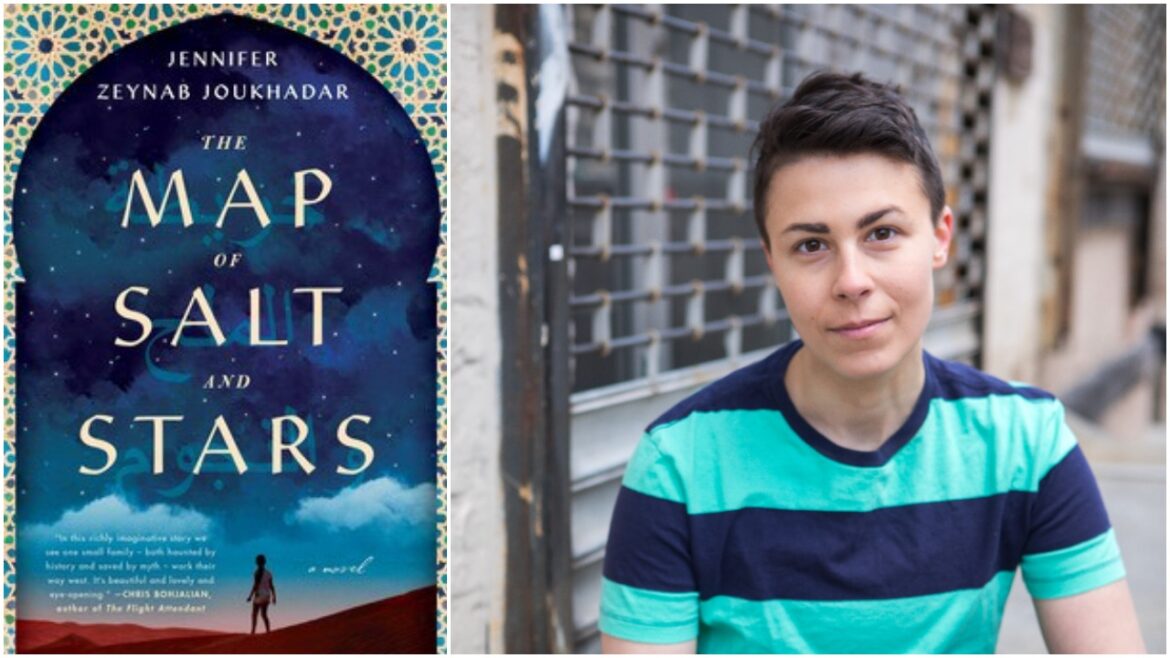 I bought this book when it was first released in 2018. So I am happy I finally sat down with it.

This book follows Nour, a Syrian-American girl in the summer of 2011 when her father’s sudden death forces the family to uproot from New York and head back to Syria. But as unrest becomes too dangerous, Nour, her two sisters and mother must journey many miles and countries to get to safety.

When Nour was younger, her father used to tell her the story about a “mythical” girl named Rawiya, a sixteen year-old girl who lives with her widowed mother and brother over 800 years earlier. She decides she must take matters into her own hands to make money to help her family. She leaves and disguises herself as a boy named Rami to apprentice with al-Idrisi who has been commissioned by King Roger II of Sicily to create a map of the world. “In his employ, Rawiya embarks on an epic journey across the Middle East and the north of Africa where she encounters ferocious mythical beasts, epic battles, and real historical figures.”

The story switches back and forth each chapter to continue the journeys for both Rawiya and Nour as Nour travels the same regions as Rawiya 800 years later.

This book did a great job capturing some of the aspects of the casualties of war and refugees. Nour’s family had to endure the unthinkable at times to seek safety as did Rawiya. There were many fantastical elements in both stories that brought the story to life. I really appreciated getting a glimpse into the conflict in Syria and will read more to continue my education on the subject. It also explores issues of identity and what is home. Nour was born in the US and had visited Syria in the past but was not fluent in the language and lacked a good amount of knowledge she would only gain by living in Syria. This is a prevalent situation for many immigrants. Her sisters were older when they used to live in Syria so there was less adapting for them.

Overall a wonderful read and if you can get access to the audiobook do so because it is so wonderful to hear the proper pronunciations throughout the story. I looked forward to each time I got to sit with the story and hear the wonderful narration by Lara Sawalha. She narrates a couple of other books about Syria and I will definitely be picking them up.

The Last Thing You Surrender by Leonard Pitts...